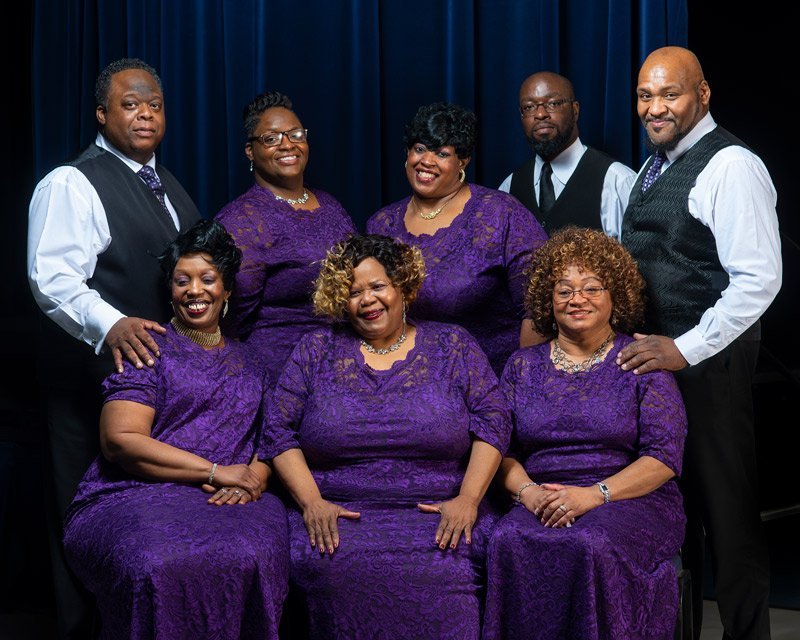 Widely celebrated as the "First Family of Gospel Music" in Richmond, Virginia, The Legendary Ingramettes have been blowing the roof off performance stages for nearly six decades.
Maggie "Mama" Ingram was born July 4, 1930, on Mulholland's Plantation in Coffee County, Georgia. She would later work the cotton and tobacco fields with her parents. Maggie began playing the piano and singing early and developed a great love for the church and gospel music. In 1961 Maggie moved herself and her five children to Richmond, Virginia, creating Maggie Ingram and the Ingramettes. This family singing group became one of the most beloved groups in Richmond's storied gospel tradition.

Maggie passed away in 2015 at the age of 84. Still, the group has continued to soar, led by the powerfully incomparable singing of her oldest daughter, Almeta Ingram-Miller. She is joined by Maggie's granddaughter Cheryl Maroney-Yancey and daughter-in-law Carrie Jackson.

Backed by their rock-solid house-shaking rhythm section, the Ingramettes continue to bring a Sunday morning service's electric energy and spirit to the performance stage. They are enthralling diverse audiences at such prestigious venues and festivals as the Kennedy Center, the National Folk Festival, Floydfest, Strawberry Music Festival, and countless others across the US and abroad.

Their 2012 release Maggie Ingram and the Ingramettes: Live in Richmond won the Independent Music Awards Gospel Album of the Year. Their latest album, "Take A Look in the Book", is available now. 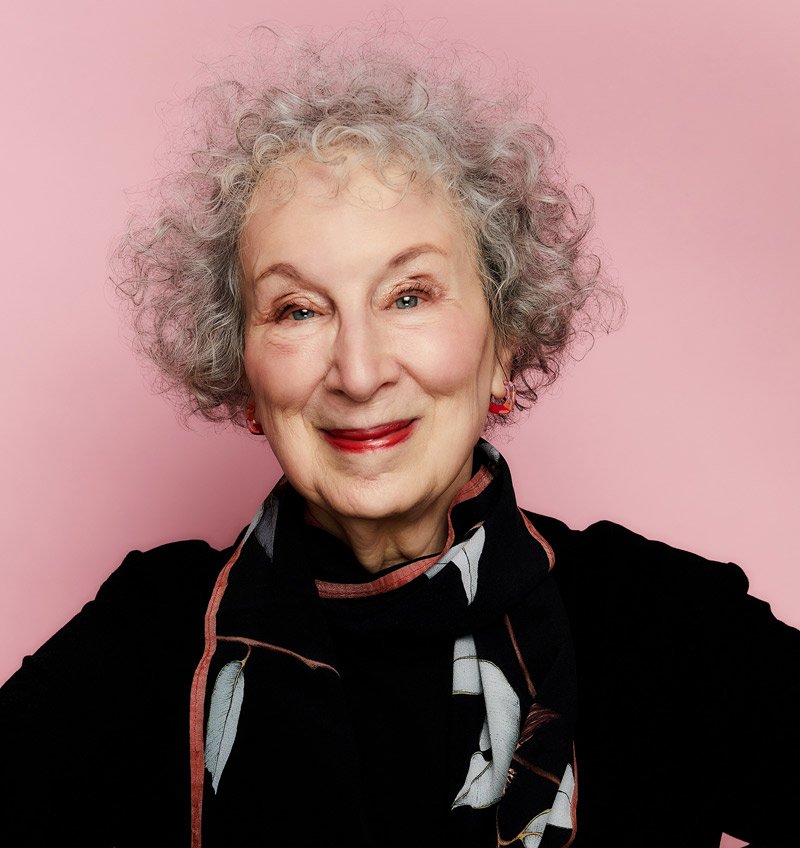 Margaret Atwood, whose work has been published in more than 45 countries, is the author of more than 50 books of fiction, poetry, critical essays, and graphic novels. Burning Questions, a collection of essays from 2004 to 2021, was published in March 2022. Her latest novel, The Testaments, is a co-winner of the 2019 Booker Prize. It is the long-awaited sequel to The Handmaid’s Tale, now an award-winning TV series.

She is the recipient of numerous awards, including the Peace Prize of the German Book Trade, the Franz Kafka International Literary Prize, the PEN Center USA Lifetime Achievement Award, and the Los Angeles Times Innovator’s Award.

Elaine Feeney is a writer from Galway and lectures at The National University of Ireland, Galway, where she is a founding member of the Tuam Oral History Project. She has published three poetry collections, including The Radio was Gospel & Rise. Her debut novel, As You Were, won the 2021 Dalkey Book Festival’s Emerging Writer Prize, Kate O’ Brien Prize, The Society of Authors’ McKitterick Prize, and was shortlisted for Novel of the Year at the Irish Book Awards and the Rathbones-Folio Prize. 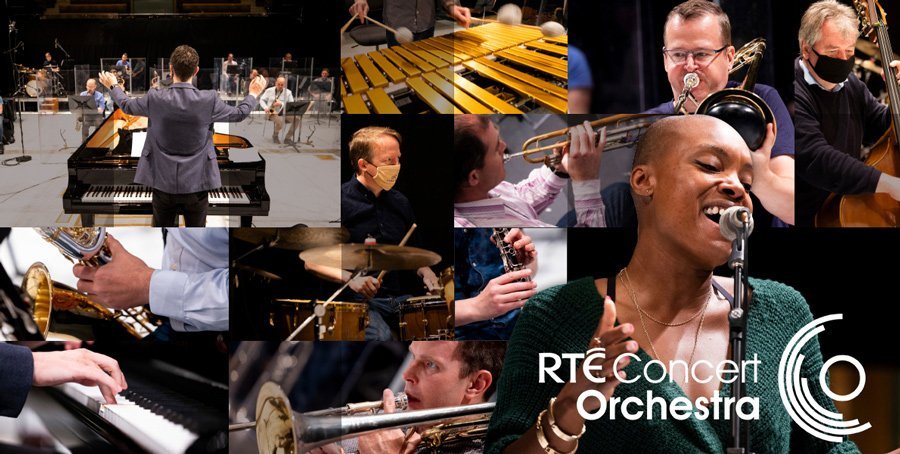 Expect a sublime hour of jazz with the extraordinary RTÉ Concert Orchestra Big Band with multi-talented pianist/conductor/arranger Cormac McCarthy and stunning singer Dana Masters. Taking Duke Ellington and Ella Fitzgerald as its theme, the programme offers a rare chance to hear live performances of Ellington’s treatment of Grieg’s Peer Gynt and his Portrait of Ella Fitzgerald Medley, both collaborations with arranger Billy Strayhorn.

Then Dana Masters – hailed by All About Jazz as ‘a jazz singer of real note’ – takes centre stage for a selection of some of Ella’s most famous numbers. In fantastic arrangements ranging from uptempo to slow swing to ballad, she will perform Fascinating Rhythm, I Got it Bad, Autumn in New York, Caravan, A Flower is a Lovesome Thing and Perdido.

The RTÉ Concert Orchestra, bringing orchestral music to new audiences since 1948, has built a strong connection with the public that saw it voted the World’s Favourite Orchestra in 2015. The orchestra’s warm, engaging style, delight in performance and rapport with the audience have always made it a favourite on its visits to Clifden. This first appearance at the festival by the RTÉ Concert Orchestra Big Band is sure to be another evening to remember! 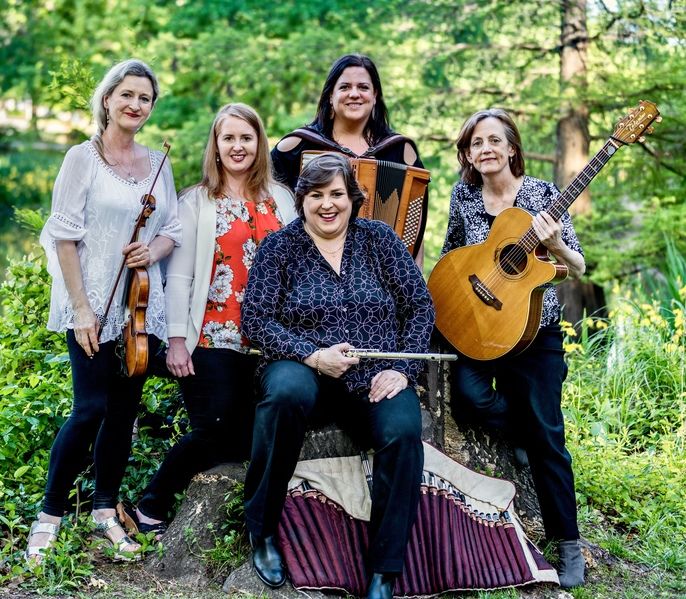 Celebrating 37 years of music-making, under the leadership of All-Ireland flute and whistle champion Joanie Madden and named by The Irish Voice Newspaper as one of the 'Top 25 most influential Irish Americans of the past quarter-century', these ladies create an evening that includes a spectacular blend of virtuoso instrumental talents, beautiful vocals, captivating arrangements and stunning step dancing. Their continued success as one of the top Celtic groups in the world is due to the ensemble's ability to take the best of Irish traditional music and dance and put it forth in an immensely entertaining show.