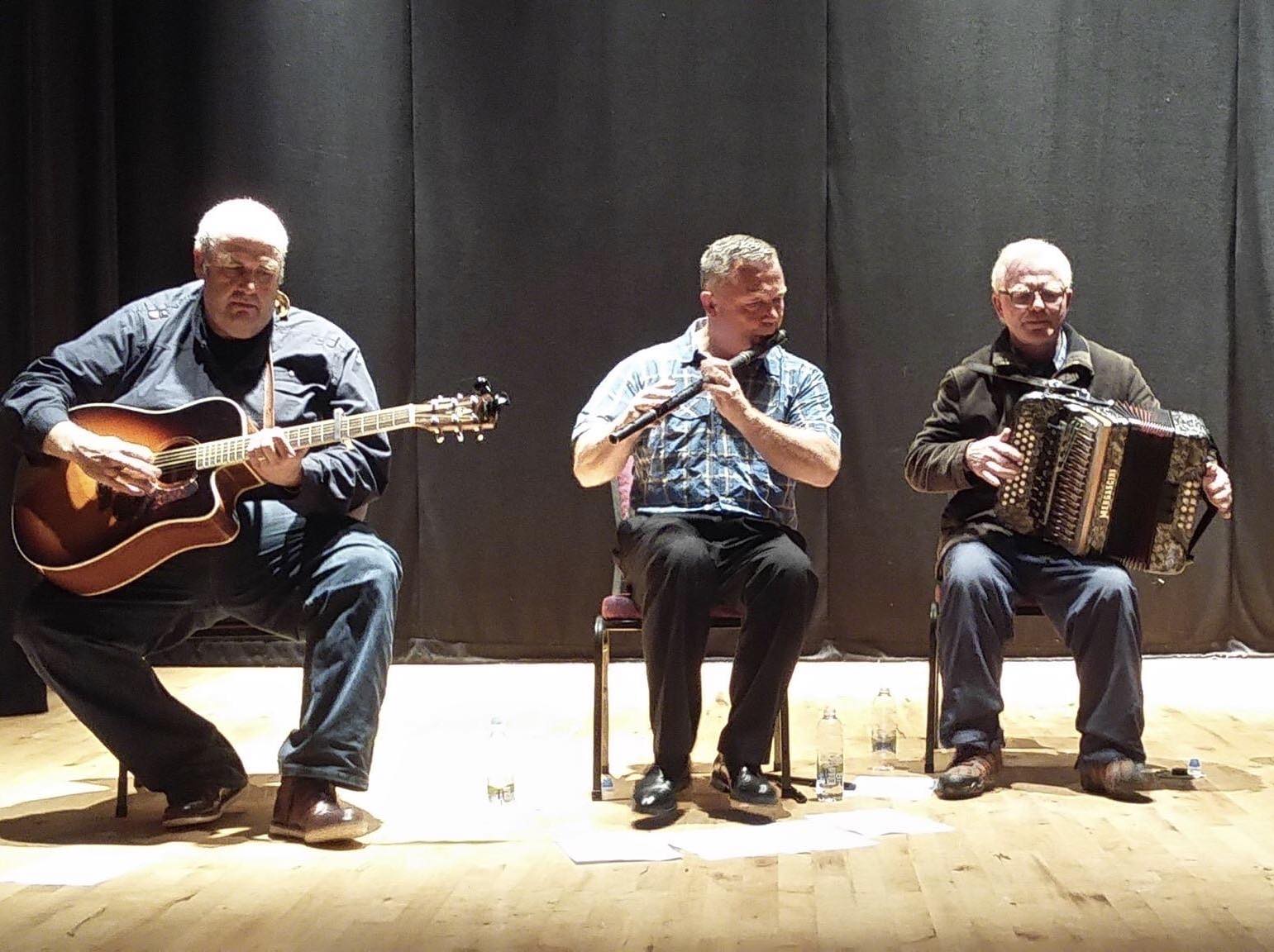 The Herons are a musical family from nearby the village of Carna in South Connemara. They trace the roots of their music back to a small island off the Carna coast named Feenish. One of their great uncles, Pateen Connolly, used to play the melodeon for dancers at the “times”. The music of the Hernons still stays true to its roots as dance music. Both Breandán and Proinsias are national champion sean nós dancers and accomplished musicians. Their father Marcus and his brother PJ are renowned throughout Ireland and worldwide in Irish music circles. Their cousin, Labhrás, is a fantastic piano player, providing tasteful accompaniment to the rest of the band. The Herons will also be joined by Don Stiffe, one of the finest singer-songwriters in Ireland. Don has been playing and singing with the Hernons for over 20 years. Marcus, PJ, and Don played together in a band they named “Feenish” as a tribute to their musical connection to the island.