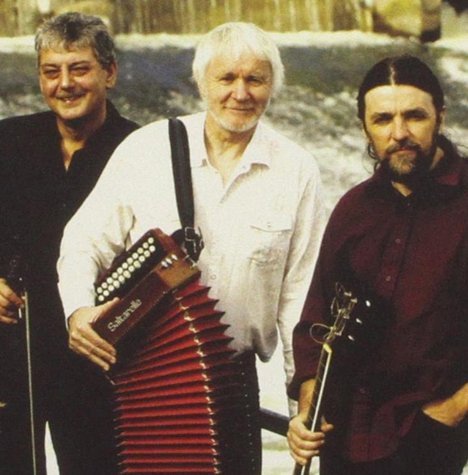 Máirtín O’Connor’s name has been synonymous with the accordion for decades, both as a master of the instrument and as a musician and composer. His skill, dexterity, innovation and versatility have won him acclaim worldwide. He has received many accolades over the years, and his career has been documented in Sé Mo Laoch on TG4.

Seamie O’Dowd is an excellent guitarist, singer, and songwriter. A defining member of Dervish for over a decade, he has also released three critically acclaimed solo albums. He has travelled worldwide, sharing stages with many musical greats, including Christy Moore, The Chieftains, Tommy Emmanuel, Matt Molloy, and Rick Epping.

Cathal Hayden is an internationally renowned banjo and fiddle player who lives and breathes music. He has contributed to many albums as a session musician and is a founding member of the band “Four Men and a Dog”. When not performing to packed venues in America, China or Australia, Cathal is just as content playing in the quiet local family pub renowned for its great music sessions.