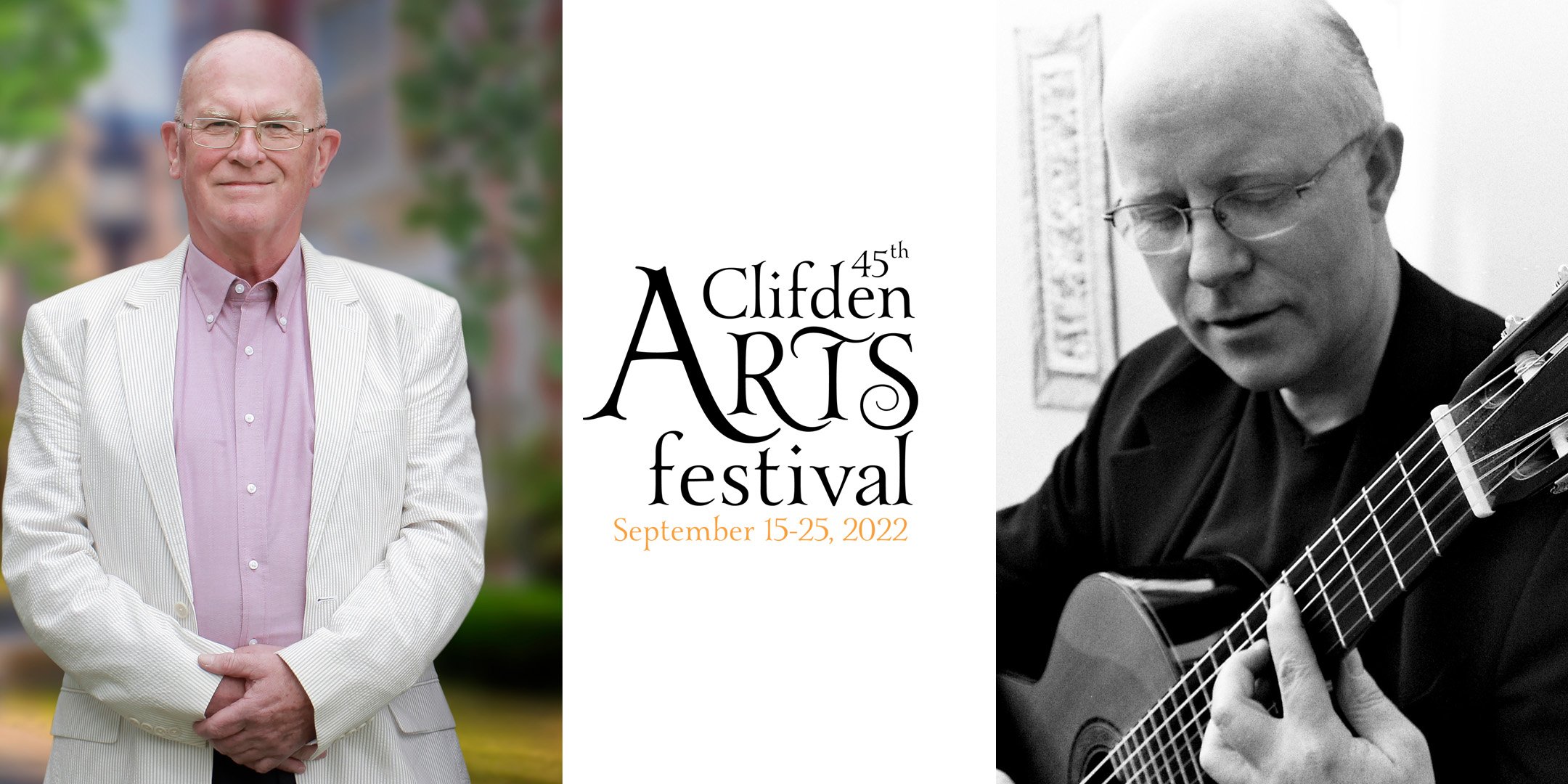 The Washington Post described John Feeley as ‘Ireland’s leading classical guitarist’, who also judged his CD “The Immigrant’s Song” to be the best classical guitar CD of 2013. He has won several prizes in international competitions and performed with major orchestras worldwide. He has been awarded a PhD from Maynooth University for a dissertation on contemporary Irish music. His performances of Irish airs have been praised for their subtlety, brilliance and originality.

Fran O’Rourke acquired a love of Irish songs as a schoolboy during a three-month stay in the Connemara Gaeltacht. His first public performance was on the popular children’s television programme, “Seoirse agus Beartlaí”. While studying on the Continent during the ’70s, he participated in major festivals in Belgium, Germany, and Holland and appeared on radio and television. He is an Emeritus Professor of Philosophy at University College Dublin. While researching philosophical influences in James Joyce, he discovered the importance also of traditional songs in his writings. John and Fran have published “JoyceSong: Irish Songs of James Joyce”, a live recording of a concert at the Princess Grace Library on St Patrick’s Day, 2015 (www.joycesong.info / www.franorourke.ie).

In their concert, John Feeley and Fran O’Rourke will include a selection from their CD of traditional songs in Irish, Casadh na nAmhrán (2021). The album was chosen by the reviewer of Irish Music Magazine as his recording of the year and shortlisted in the folk music category of Schallplattenkritik, the German equivalent of the Grammys.

Sponsored by: Kevin and Suzanne Cronin