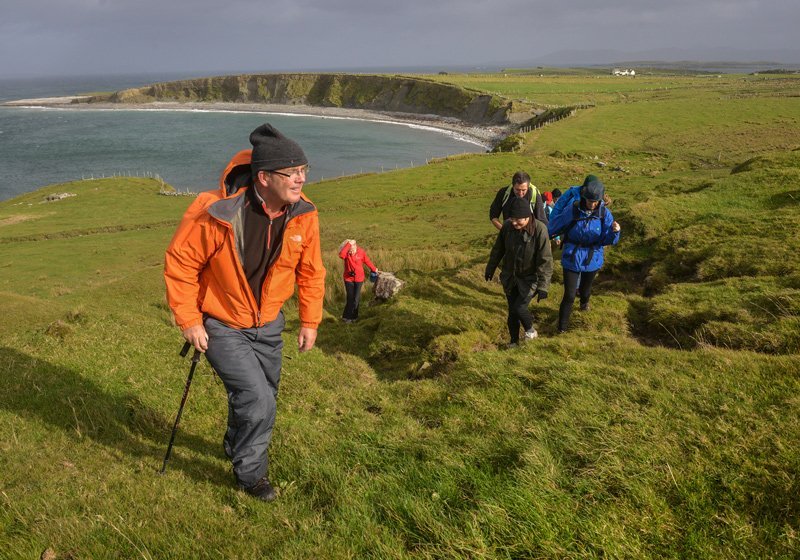 The Venerable Bede first mentioned Inishbofin in the early 8th century as a refuge for Northumbrian monks. The Vikings raided it in 795 AD and long retained strong associations with Anglo-Saxon England. Located on the border between two mighty Gaelic maritime lordships, the O’Malleys and the O’Flahertys, Inishbofin has a turbulent history. It was the last Gaelic stronghold to fall to Cromwell and subsequently had strong links with 17th-century France and 18th-century America. Dozens of Bronze Age monuments mark its earlier history and will be visited during the trip. Its coastline boasts dramatic sea cliffs, caves, and a wide variety of marine life.

Booking in advance to 095 21379 or email info@walkingireland.com.