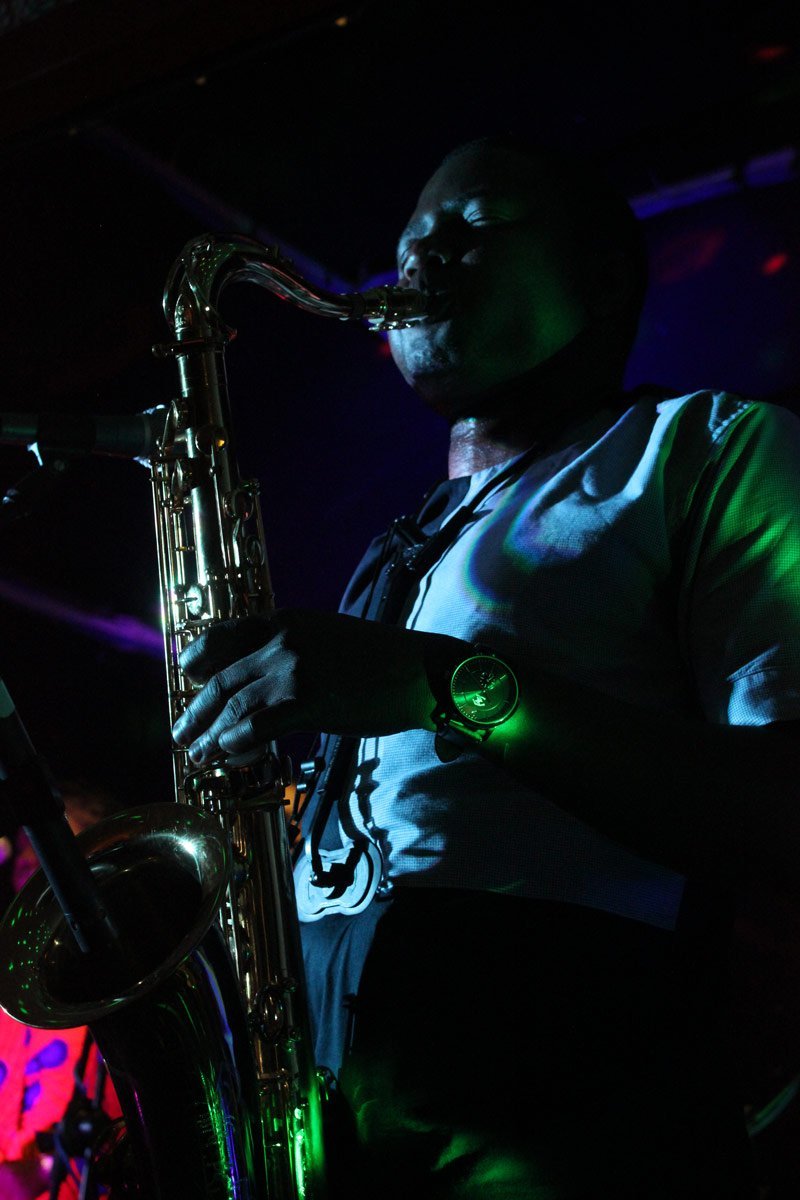 Allen-Taylor’s Afrobeat Orchestra grew from the Oleku Band, formed in 2006 from a group of Nigerian musicians recently settled in and around Dublin. Led by composer/ arranger Allen-Taylor Adeniyi – originally from Abeokuta in south-west Nigeria, the birthplace of Fela Kuti – the band plays
authentic Afrobeat and highlife from their Yoruba roots.

Oleku Band was always an Afrobeat orchestra in miniature so it was no surprise that the six-piece band metamorphosed into a full Afrobeat orchestra, with a brass section, rhythm section and chorus. AllenTaylor Adeniyi is still in charge of the band and his wife Tomilola still runs the chorus.
Since its debut Irish performance in 2007, the band has played festivals including The National Ploughing Championships in Tullamore and the Festival of World Cultures in Dun Laoghaire. It toured Ireland with Music Network in 2010, and has featured on RTÉ 1’s Nationwide.